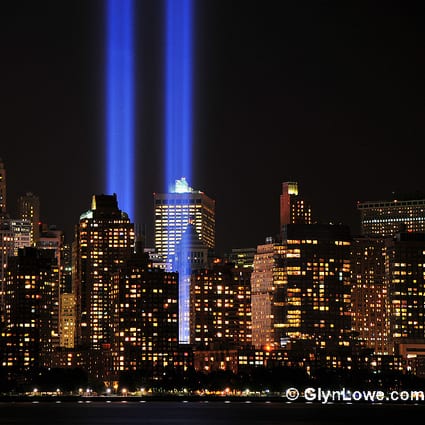 America mourns today—the 16th anniversary of 9/11. The tragedy was a defining moment in US history and has been remembered annually at ceremonies at the three sites hit by hijacked planes: the Pentagon, Ground Zero and the rural field near Shanksville.

In 2001 nearly 3,000 people died as a direct result of 9/11 including 415 fire fighters and law enforcement officers. It was the worst terrorist attack the USA has ever seen.
Approximately 18,000 people have been estimated to have developed illnesses as a result of the toxic dust.

Four planes were hijacked by 19 terrorists who flew them into each of the Twin Towers and the Pentagon. It is thought that the fourth plane was aiming for Washington DC, but passengers wrestled to take back control before the plane crashed into the Shanksville field. The 265 people on the planes perished with no survivors.

16 years after 9/11, the effects of the attack are still being felt. The remains of the victims are still being identified, with only 1,641 people found so far. The most recent identification was made on August 7 2017. Construction is still underway on the World Trade Center site with three more office towers currently being built one block east of where the original towers stood.

Plans were announced spring 2017 for a memorial to commemorate the 9/11 rescue and recovery workers including those who died as a result of being exposed to smoke and toxic dust at Ground Zero. Additionally, a monument is under construction at the Shanksville memorial to honor the 33 passengers and seven crewmembers who died on flight 93.

A thousand survivors, family members, rescuers and officials gathered for the ceremony at the World Trade Center. It began with a moment of silence and the tolling of bells. As is customary, the names of the people killed in the attack were read out. The New York ceremony has been kept apolitical since 2011 as a mark of respect, meaning politicians are not permitted to make speeches or read names.

President Donald Trump and first lady Melania Trump observed a moment of silence on the South Lawn of the White House. They later visited the Pentagon, where 125 workers lost their lives in the 9/11 attack.

Every year two beams of light shine through the night where the two towers once stood. The tall beams can be seen from across the city. On Twitter, #NeverForget was trending as the country hopes to never see anything like 9/11 happen again.

Previous ArticleWhy Taylor Swift’s Trial is a Win for the WorldNext ArticleDid Hurricane Irma Happen Because of Climate Change?