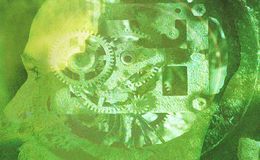 This is part two of a two-part essay on immigration.

So, immigration reform. Illegal immigration. Undocumented immigration. Emotional stuff, and it’s hard to talk about openly without angering a lot of people, but here’s my chance to try it.

For one thing, part of the trouble with different proposed solutions is that they focus on different things, so no one’s talking about the same thing. If you want to build a “great wall” along the U.S.-Mexico border, that’s solving a different problem from putting RFID chips in passports. Maybe we need one, the other, or both solutions, but they’re tackling totally different things.

So let’s start with the basics. I believe that people from other countries who want to come to the United States may do so for freedom of religion, freedom of speech, greater gender equality, educational opportunities, etc., but the basic point is to have a better life, however defined. People do not all come for the same reasons, and every reason is valid. Wanting a better life in terms of freedom of religion is not any better or worse than wanting a better life in terms of an education.

When we talk about “brain drain,” for example, or about bringing in creative talent and top students to the United States, we necessarily devalue other groups. To talk about the need to reform immigration by citing examples of top students not being able to work here is misleading; similarly, talking about Hispanic workers who work under-the-table jobs in restaurants as cooks and never learning to speaking English is also ridiculously misleading. If we want to discriminate between immigrants, we can–and do–but we shouldn’t try to use one example or another to influence the general debate.

Let’s also not pretend like we don’t discriminate right now as it is. Corporations and universities can, for example, help employees or students in ways that slant the odds in their favor. That can be a good thing or a bad thing, depending on how you look at it. Are you interested in equality and freedom and all men being created equal?  If so, maybe you hate that the government differentiates between people. Are you interested in economic advancement and keeping America a global superpower? Then maybe you love that the government cares more about talented students than dishwashers.

Cutting through the rhetoric, though, we can all agree that “all men are created equal” but individual situations are different, and pragmatism has to play a role in immigration reform. Thankfully, immigration reform solutions aren’t binary–we aren’t choosing between unprotected borders and IQ tests for residency.

The DREAM Act, for example, makes a lot of sense on a lot of fronts. If you’re worried about undocumented immigrants becoming unproductive members of society, the DREAM Act offers them no protection. On the other hand, if you’re worried about keeping high school and college graduates, the DREAM Act helps you do just that.  Not sure if you believe that citizenship, being a birthright, should be “an accident of birth?” The DREAM Act won’t help you if you choose to come over on your own, but if you’re in the U.S. as a minor, likely because of family, you get presented with a path to residency.

What the DREAM Act shows us is that we don’t need to grant everyone unconditional citizenship nor keep everyone out–instead, if we set the right standards, we can reward the American spirit of undocumented kids without condoning their parents’ crimes.

I’m not deaf to the arguments of opponents of the DREAM Act, but why are we so worried about their parents, their family, the precedent and example it sets? It all starts to sound a bit racist and xenophobic after a while, and I really begin to wonder what the problem is with the image the DREAM Act projects. Are we worried that we’re going to encourage parents in other countries to risk their lives and give up everything in order to give their children an education and better life? After all, if anyone, isn’t that what the DREAM Act encourages? I don’t condone breaking the law, but I can still see the extraordinary courage required to live a life in shadow in order to give your child what you never had yourself.

On the other hand, if we’re worried about encouraging immigration of unproductive drains on society, the DREAM Act doesn’t really incentivize that, does it? Consider low graduation rates at the nation’s worst schools. Keeping in mind that the DREAM Act does nothing for those students who don’t graduate high school, what really are we worried about?

Of course, the DREAM Act won’t solve everything, not even close.

There are a lot of problems out there, and we’re going to need a much more comprehensive set of reforms in order to solve them all. I wouldn’t trust anyone who tries to sell you on a whole set at a time, or who comes at you from the point of view of religion, politics or some ideology that pre-determines their solutions. What’s wrong with solving one problem at a time, and looking at them with open minds and a dedication to doing what’s best for everyone?

Undocumented immigration isn’t a political issue, it shouldn’t be wielded by politicians for the gain of themselves or their parties. It’s also not a matter of one ideology over another: we can look at it from a standpoint of being universally compassionate and letting anyone and everyone in, but we can also look at it from the standpoint of being economically pragmatic. These ideological viewpoints don’t have to be opposed, but the reality is that they often disagree and we need to stop using them.  Can we use an ideology of moderation, of considering all sides and doing what makes sense because we should, not because it’s good for individual people? Please?

We can start by taking a fresh look at the DREAM Act.