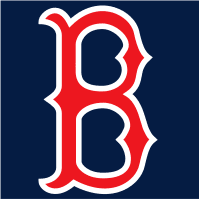 The Red Sox announced after a grand-slam of an opening Day on the field today, that they have signed Rick Porcello to a four-year contract extension. The 26-year-old, right-hander, accepted the $82.5 million deal, which will take effect in 2016, according to a major league source.

The basics of the deal would allow the Red Sox to have Porcello under contract from age 26 through 30 while he is currently under a $12.5 million dollar contract. Porcello has before him, a fantastic opportunity to be a free agent, which is not common for pitchers. With nearly six years already in the major league books, Porcello has been able to make 180 starts before reaching the age of 26.

Porcello said in an interview, “I knew the opportunity in entering free agency, but when I had first got to camp and saw the way [things were done] from ownership to the coaching staff and the players that were there, and how everything was run from top to bottom, and the devotion to win a World Series, I knew that was something I wanted particularly to be a part of,” Adding, “It wasn’t a very difficult decision for me at that point to stay here.”

His reputation within the Sox circle did not go unnoticed, GM Ben Cherington stated that, “Aside from the pitcher that he is, which obviously we really like, getting to know Rick more over the course of the winter and spring, he has a lot of qualities we really admire,” And, “We felt like he was the type of person we want here, one of the type of guys we want here, and we see him as a really important part of our team the next several years.”

The Red Sox have already been making quite an impression, most recently with their 8-0 victory over the Phillies.