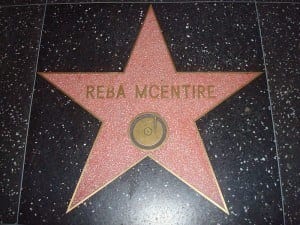 Country star Reba McEntire has fallen victim to an online hoax, claiming that the 56-year-old singer and actress died while on set of a movie shoot in Kitzbühel, Austria, reports the New York Daily News.

The Global Associated News reported, “Preliminary reports from Austrian Police officials indicate that the actress fell more than 100 feet to her death in a remote area of the Hahnenkamm Mountains.”

The fodder was further fanned by the fact that McEntire hasn’t updated any of her social networking pages since Monday afternoon. But, the rumors are completely false, and the McEntire is very much alive.

A disclaimer at the bottom of the Global Associated News’ web site reads “FAKE… THIS STORY IS 100% FAKE! this is an entertainment website, and this is a totally fake article based on zero truth and is a complete work of fiction for entertainment purposes! this story was dynamically generated using a generic ‘template’ and is not factual. Any reference to specific individuals has been 100% fabricated by web site visitors who have created fake stories by entering a name into a blank ‘non-specific’ template for the purpose of entertainment.”