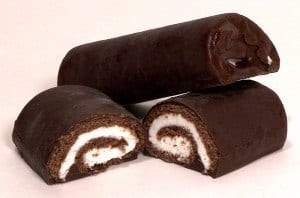 Hostess, of the beloved Twinkies and Wonder Bread, plans to shut down and sell its bread and snack brands

Hang on to your Ho Hos, kids. Hostess Brands, Inc., has moved to liquidate all of its assets, selling off its famous Twinkies, Ho-Hos, Wonder Bread and Nature’s Pride brand snacks and breads.

Hostess workers on strike were told Wednesday that the company could no longer sustain the national strike. Hostess CEO Gregory Rayburn told workers in a statement that “if sufficient employees do not return to work by 5 p.m., EST, on Thursday to restore normal operations, we will be forced to immediately move to liquidate the entire company, which will result in the loss of nearly 18,000 jobs.” Workers did not capitulate by the 5 p.m. deadline, and this morning, Hostess asked the federal bankruptcy court for permission to shut down all operations, which could start by November 20. Snacks and breads that have already been baked will be sold at Hostess retailers until they run out; whether or not the beloved treats will continue to exist under new ownership remains to be seen.

The strike began last week, when the Bakery, Confectionery, Tobacco Workers and Grain Millers International Union pushed back against a contract Hostess introduced in September that lowered wages by 8 percent and benefits by almost a third. About 30 percent of Hostess’s work force was unionized, and the company was forced to close three plants this week in the wake of the strike.

Hostess is the No. 2 bread maker in the country and received $2.5 billion in sales every year. But even if workers had had a change of heart and come back to work, Rayburn said, it would have been too late to save the company from financial ruin. Hostess filed for Chapter 11 bankruptcy in January, the second time the company had done so since 2004.