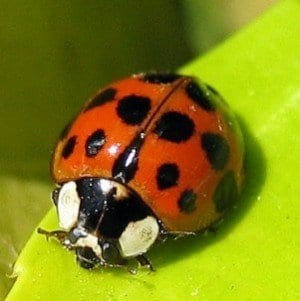 A new species of ladybug was discovered in Montana

A rare ladybug has made its way onto the scene turtle-style. The recently discovered species is able to tuck its head into its throat, making it appear headless, similar to the way a turtle can tuck its head into its shell. The interesting insect, named “Winton’s Ladybird Beetle” after discoverer Ross Winton, is a completely new genus of ladybugs.

Ross Winton first captured the rare ladybug in 2009 in a sand dune, not realizing that it even was a ladybug because it appeared headless. Winton, at the time a graduate student in entomology at Montana State University, sent the rare ladybug specimen to a lab in Australia that was studying this specific group of insects back in 2009. Yahoo reported that only two specimens of the insect have been found, a male in Montana and a female in Idaho.

The rare ladybug, or ladybird beetle as it is also known as, is the rarest species in the United States. The ladybug is said to have the size and color of a large grain of sand, making it rather difficult to find. Upon initial examination, Winton thought he had parts of an ant or similar bug, though soon realized that it was an uncommon species.

Michael Ivie, a Montana State University entomologist and former professor of Ross Winton, says the bug preys on aphids, but it is not quite clear why the insect hides its head.

Either way, Ivie says the rare ladybug that appears headless is important.

“It’s a whole new kind of ladybug. Whatever this does, it is very specialized. It’s quite the exciting little beast.”