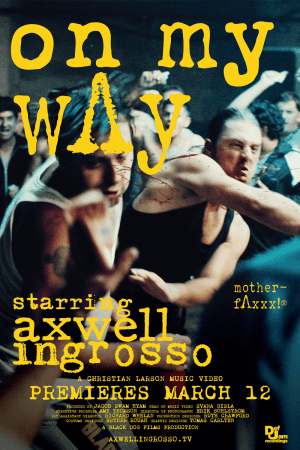 The legendary Swedish music duo, Axwell /\ Ingrosso are taking their comeback to the streets of Romania.

Ever since Axwell /\ Ingrosso announced their reunion and signed with Def Jam Recordings back in September they have kept all their music limited.  With the release of two successful singles, “Can’t Hold Us Down” and “Something New” the duo released “On My Way” on BBC Radio One, with Annie Mac.

The single opens with piano melody and harmonic vocals of Salem Al Fakir who many might remember from Avicci’s “Silhouettes”. Accompanying this single the duo released a short film. This short has been directed by Christian Larson, who has previously directed music videos for some of their top singles including, “Leave the World Behind,” “One,” and “Miami 2 Ibiza.”

“Can’t Hold Us Down” follows the pair’s journey to their fight, driving around, attempting to hit on women and weight training.  The entire blue collar Romanian town knows how high the stakes are in this fight. Big Mafia backers have invested in both DJs so losing is not an option for either of them. The fight ends with one of the two winning but the ending is not what many would expect.