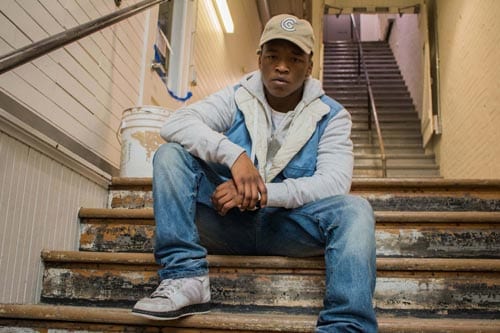 Jango on his new single “Alone by Choice”

Jango is a rapper/singer from the pacific northwest who has a message about the importance of empowering yourself. The rap artist is a proud advocate of mental health who finds solace in the struggle of the game. Inspired after his friend Cam who committed suicide, “Alone By Choice” is more than an expressive movement, it is a dedication to those suffering from depression.

Jango is on a mission. His goal is to raise awareness surrounding interdependency with a focus on empowerment and mental health. No one can love you better then yourself, says Jango, and nobody should ever be able to tear you down. “It’s your life, it’s your choices, and ultimately your happiness.”

College News: Jango, what can you tell me about yourself and what can you tell me about your music?
Jango: The idea for my project stemmed off my friend, god bless his soul, who chose suicide last year in October. In my opinion, the reason why he did it was because he was alone. So, this project was a way to talk to him on a personal level and say goodbye, but also connect to those people who felt alone and let them know its okay to be alone. That is how I came to “Alone By Choice.”

CN: What have you learned on your journey when writing this?
J: When I was writing this, it opened a new perspective. It made me think of how people could do something like this. It’s crazy! I knew the kid for so long! It was wild for me to think that I never even knew that he was going through it. That is a common thing that a lot of people say. So, for me, I made this choice to take my career seriously and go on this path. I realized that there can be depression and inner loneliness and at the same time there was happiness in the struggle.

There was happiness in fighting hard and making sure I established myself as far as my career, my name and my project. I want to make sure I put a footprint in the area in the pacific northwest. So I found this happiness in being alone. In those depressing times, you’ve got to realize that as a person that these times are only going to make you better. Now that you have experienced it, you know what that feels like. It is a great and powerful thing to know what those emotions feel like so you can overcome them and be ready for life.

CN: Why do you feel like it is so important for your audience to understand that message?
J: Because I feel like a lot more people feel like this than they would admit. Especially this day and age with the socials and everything, a lot more people are so stuck on their phones, that when you break them down they are shallow people. It is to the point to where the suicidal rate is becoming a serious thing. So, it’s a serious topic that people just don’t want to talk about. My music is drawn from my personal experiences and vibe or feeling. There are a lot of emotions that go into my music!

CN: Is there anything that you want your fans to know about you and your music before I let you go?
J: I have some festivals coming up here along the pacific north west. I want my fans to know that you can keep up to date with me on my website at  https://www.jangolives.com/ and as far as shows and future events, all that is updated on my website.

You may also be interested in: Mental Health Awareness in School