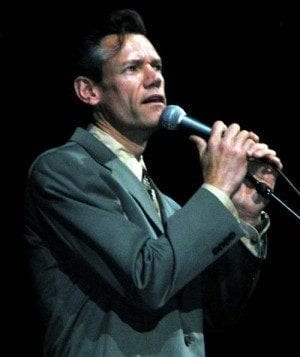 Country superstar Randy Travis apologized after being arrested outside of a North Texas church early Monday morning. Travis is being charged with misdemeanor public intoxication.

The 52-year-old singer-songwriter was arrested by the Denton County Sheriff Department when officers saw Travis’ black car parked outside the church with an open bottle of wine and the singer smelling of alcohol.

Travis said the incident was due in part from, ““what resulted following an evening of celebrating the Super Bowl.”

However, the Denton Country arresting officer noted Randy tried to explain that he had a fight with his girlfriend … but “Mr. Travis’ speech was slurred, and I was beginning to have a hard time understanding what he was saying, writes TMZ.

The country singer, with 22 number one hits on the Billboard Hot Country Songs chart, is slated to begin touring this upcoming Friday, and in a statement, Randy Travis elaborated that he’s, “committed to being responsible and accountable.” The tour is a celebration of his 25 years in the music business, opening up at the Grand Ronde, Ore.