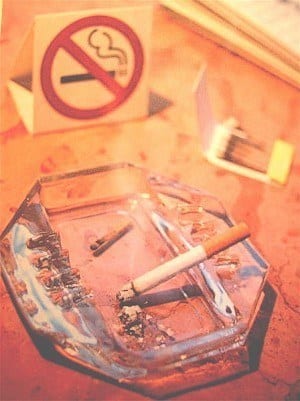 Prop 29 – a widely controversial initiative in California to increase taxes on cigarettes -in an attempt to raise money for cancer research- has the state in a voting deadlock.

The Lance Armstrong-backed proposal to add a $1 tax to each pack of cigarettes and other tobacco products has split the state’s voting population in half, according to the Associated Press.

An unofficial ballot count reports that Prop 29 was rejected by voters with final counts reporting 50.8 percent voted against Prop 29 while 49.2 percent approved the proposition.

The current tax per pack is 87 cents. This is still below the national average tobacco tax of $1.46.

The final results could take days to emerge, according to AP’s report.

In previous months, polls reporting on the public’s opinion of Prop 29 showed two-thirds approval of the proposition.

If approved, the $1 tobacco tax would generate $735 million each year. California has not raised taxes since 2000.

A possible influence to the public’s changed opinion of the tax could have stemmed from tobacco companies’ campaign against Prop 29.

The current smoking rate in California is 12.1 percent.