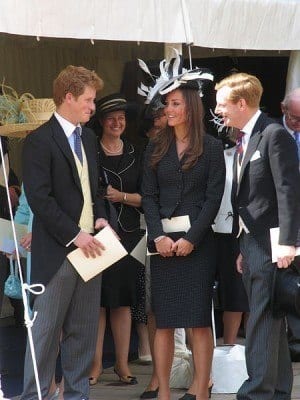 Prince Harry has moved into his new bachelor pad digs at Kensington Palace.

Prince Harry, 27, moved into a one-bedroom apartment at Kensington Palace in London where newlyweds Will and Kate also have a residence.

The Duke and Duchess are currently renovating their unit in the mansion.

All this house swapping amongst the royals is hard to keep track of, but let’s try to break it down.

Prince Harry was living with his father, Prince Charles, at the Clarence House in London where Harry and William grew up.

When Princess Diana was alive, the young princes lived at Kensington Palace.

Will and Kate are living in the Nottingham Cottage while renovations are underway on their Kensington home.

Once Will and Kate move into Kensington Palace, Prince Harry will take over the adjacent Nottingham Cottage.

Phew! House swapping among the royals seems to be a never ending cycle.