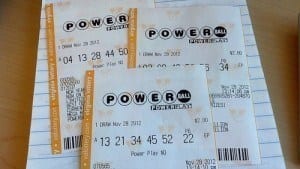 Two weeks have passed since the $590 million Powerball jackpot ticket was released, and the town of Zephyrhills, Fla. is still waiting in anticipation for the winner to claim his or her prize.

The residents of the small town, with a population of 13,337, are getting anxious that the winner might not reveal themselves before the 60-day period to claim their lump-sum payment ends.

Many stipulate that the $590 million winner is just getting the financial advisory necessary to handle that large of a sum of money. Some residents agree that the winner may need a few days to get over the shock of being a multi-million lottery winner.

Others believe that the Powerball ticket was sold to an elderly person who has no idea that they won or to a person who mistakenly lost the ticket.

However, it is surprising to Dave Walters, a “Zephyrhills News” community newspaper reporter, that no one knows who the winner is, given that Zephyrhills is such a tight-knit community.

“Being in a small town, everybody knows everybody and in some cases, everybody’s business. It’s hard to keep a secret in this town, but this is one of the biggest mysteries we’ve had in a long, long time,” Walters said.

Unfortunately, if the ticket is not claimed within a 180-day period, “the funds to pay the unclaimed jackpot will be returned to the lottery members in their proportion of sales for the jackpot rollover series,” says the Florida Lottery website. $59 million would go to the state of Florida and the rest would be distributed to the other states that sell Powerball. If that were to happen, the winner would forever remain a mystery to the small town of Zephyrhills.

Despite that depressing thought, Mayor Danny Burgess, who is newly elected, looks on the situation in a positive light and encourages the winner to step out of the shadows.

“Just because one person won the lottery, we all feel like we won, that’s the kind of community this is,” Burgess said to “Huff Post Business.” “I absolutely hope for the lottery winner that this is a positive, life-changing event. Only in America can you go to bed with a lottery ticket and wake up a mega-millionaire. I hope that they understand, appreciate and recognize the significance of this.”

In the midst of all of the rumors circulating around Zephyrhills, the small Florida town will undoubtedly wait in nail-biting anticipation until the $590 million Powerball ticket winner steps forward.