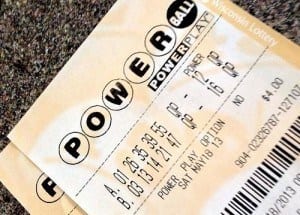 Powerball tickets will be flying off the shelves this week as the jackpot hovers around a cool $400 million after nobody scored the winning ticket after Saturday night’s drawing.

Powerball ticket sales tend to skyrocket when the Powerball jackpot hits certain milestones, and the $400 million mark is definitely one of those milestones. Despite the increased number of ticket sales, the odds of winning the jackpot are still the same: 1 in around 175 million. With more tickets in circulation, however, the odds that there will be at least one jackpot-winning ticket out there somewhere increase substantially.

When purchasing Powerball tickets (or lottery tickets in general), some customers will follow certain superstitions. Some will cross state borders to buy their tickets in “lucky” states where there have been winning Powerball tickets sold before. The joke’s on them, though: the states that boast the most winners are typically the states that have been participating in the game the longest, such as Indiana. Other superstitions include purchasing tickets with “lucky” numbers, whether it be the random numbers from your fortune cookie or your loved ones birthdays.

Statistically, following superstitions doesn’t increase your chance of winning. According to the Powerball website, 70-80 percent of winning tickets are computer picks. It was a computer pick that won Gloria Mackenzie the highest single jackpot in history back in May, taking home a lump sum of approximately $278 million after taxes.

If you’re not going to play, don’t play. Nobody’s forcing you. But if you’ve got a couple dollars to spare and you’re feeling lucky, go for it. You could be just one lucky Powerball ticket away from $400 million. Minus taxes, of course.

The next Powerball drawing will be held on Wednesday, August 7.