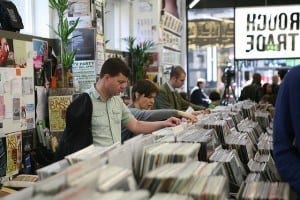 According to Billboard, the music industry is considering a global release date in an effort to cut down on piracy.

The International Federation of the Phonographic Industry is reportedly moving towards a unified worldwide streetdate of Friday opposed to current release dates chosen by respective countries— the UK on Monday, the U.S. on Tuesday, Australia and Germany on Friday, and so on.

Piracy has raised concern and fueled the discussion in regards to a global release date. With Australia launching new releases on Friday, days before the same music becomes available in the U.S. or other countries, tracks are leaked on to file-sharing sites, ultimately jeopardizing potential sales.

Although talks have sparked for a universal streetdate, rebooting the system will require cooperation across the board from both music and retail industries. However, smaller labels seem to be resisting the change, claiming that release dates set earlier in the week allow them to sell more records.

No formal plans have been reported by the International Federation of the Phonographic Industry but talks continue.