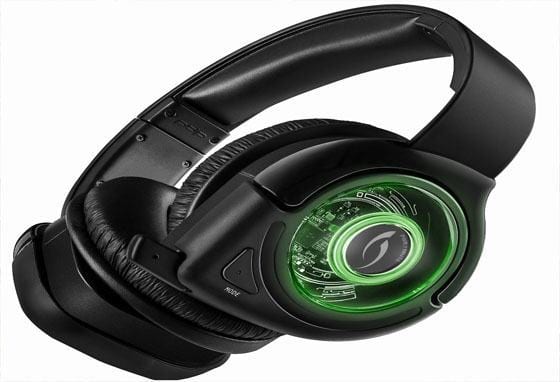 We review the much anticipated PDP AG7 wireless headset

It’ll be two years in November since the Xbox One hit retailers to welcome in the current generation of console gaming and, since that time, we’ve been waiting for the inevitable wave of gaming headsets to be released into the wild. In June, at E3 2015, an array of companies discussed their gameplan for getting their product into the hands of consumers, one of them being PDP, which announced its Afterglow AG7. As the first “true wireless” headset, meaning no cables are required, it’s common to expect a high retail price or poor quality. Thankfully, for those of you on a budget, neither of those are true.

Being “true wireless” can be a curse as much as a blessing, because if a headset is designed poorly, audio is laggy or lost altogether. After plugging a USB into the Xbox One, the system automatically recognizes the new headset as the primary audio device after a quick, simple sync. Surprisingly, despite no cables running even to the controller, the audio experienced no loss or lag whatsoever. Even after walking to the bathroom, about 15” from the console and through two walls, audio was still streaming and accurate. Through three walls and 20” though, audio dropped, as expected.

The outer portion of the earcups lights up green, showing why the Afterglow series earned its name, but nowhere near the brightness that is shown on the box. With the headband, the AG7 fits snugly against each side of your head which is normally what you look for with a gaming headset. Unfortunately, the earcups are made with a sort of faux-leather, which is to its detriment. They’ve got an over-ear design, which helps cancel outside noise, but because the cups make such a great seal over your ears, you’ll find yourself getting warmer than is comfortable. A cloth design would have worked better to complement the “snugness” of the headset.

After a full charge, you can expect to get a solid 14-16 hours of use out of the headset, an impressive length. Often you’ll find reduced battery time because of bigger drivers, or smaller drivers to help reduce drain. It’s not a massive battery drain when using 50mm drivers, which the AG7 has, versus the common (and often disappointing) 40mm drivers, but it’s enough to be mentioned. There are two audio modes, one for bass boost and the other for “pure audio.” Each isn’t particularly different than the other, but it’s slightly noticeable. Your best bet is to find which you prefer and just stick with it.

The audio itself is clearly defined, whether you’re focused on game audio or voice chat. To turn either up takes just a turn of a knob on the back of the left ear and can be finely tuned so you can hear your friends loudly with the game audio in “behind.” For those expecting to use the AG7s for professional gaming, I have some bad news: they’re not good enough. In games where directional audio is important, Call of Duty or recent free-to-plays like Smite, you’ll hear a skirmish that sounds like its behind you, causing you to turn, only to realize the audio was coming from directly in front of you to begin with. It’s frustrating, easily ignored, but opens you up to attacks from behind — a frustrating experience in any game.

The microphone is also not particularly amazing. The design itself is brilliant, as it extends out from the left ear cup for use and contains some noise-cancelling technology. However, you’ll run into situations where friends and teammates will notice that you sound much farther away from the mic than you really are. It’s not a red-flag in terms of buying the hardware, but it can’t go unmentioned.

The most accurate way to describe the PDP AG7 headset is “mediocre,” but don’t take that negatively. It looks great, the audio is clear and, priced at $99.99, if you can get past the issues mentioned, you’ll actually get a reasonable value compared to what you pay for. The wireless capability is an enormous benefit for those who are tired of cables, the battery life is impressive, and the setup is embarrassingly easy. With only a sweaty face and directional audio as the major eyebrow raisers, my suggestion is that if you’re looking for a good headset at a good price, the PDP AG7 is it.

READ: Yogibo makes sure you will be comfortable in your dorm

Previous ArticleCollege Fatty: Kitchen EssentialsNext Article#Lolla2015: We give out some awards to the best moments of the weekend