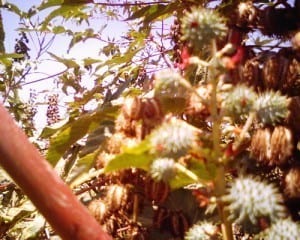 Paul Kevin Curtis, 45, has been identified as the suspect who sent ricin-laced letters to President Barack Obama and various other officials earlier this week.

Curtis was described by his family as mentally ill. He worked as a janitor at a hospital a decade ago and happened to discover body parts wrapped in plastic in a refrigerator. He attempted to report this discovery to officials and believed the hospital was part of a conspiracy to sell body parts on the black market.

Curtis reportedly sent letters to Obama, a U.S. senator and a judge in Mississippi.

“Maybe I have your attention now, even if that means someone must die,” he wrote in the letters, according to the FBI.

Curtis has been diagnosed as bipolar, according to his family. He has been prescribed medication, but his family said they believe he was not taking the medication at the time. Curtis’ brother, Jack Curtis, said in a statement Thursday that there is no legal way to force Curtis to take his medication, as he does not believe he has a mental problem.

Curtis reportedly has a history of erratic behavior with a past lawyer and an ex-wife. Those who know him say that he believes everyone is out to get him.

The original situation at the hospital that started Curtis on his conspiracy theory was explained by the hospital, which said the body parts were going to be sent to an agency that specializes in harvesting organs and tissue from donors to given to those in need of transplants.

Today, Curtis was formally charged with sending mail that contained a threat to kill or harm the president. He is pleading not guilty.

Curtis’ writing style was matched to the ricin-laced letters, along with his signature, “I am KC and I approve this message.”

Previous ArticleCISPA said to get vetoed by President Obama, spawn Internet blackout by AnonymousNext ArticleDaft Punk releases 'Get Lucky' to the luck of anticipating fans