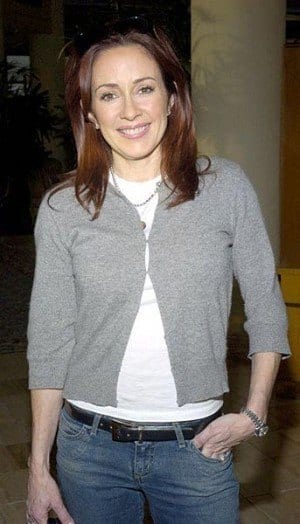 One would have to be living under a rock to not have heard that Rush Limbaugh called Fluke a “slut” and a “prostitute” after she released her statements concerning the public birth control policy last month. The controversial conservative has now lost many of his sponsors over the comment but not Patricia Heaton, who jumped on his side via twitter, with a slew of comments,

“If every Tweaton sent Georgetown Gal one condom, her parents wouldn’t have to cancel basic cable, & she would never reproduce — sound good?

“Hey G-Town: stop buying toothpaste, soap, and shampoo! You’ll save money, and no one will want to sleep with you!”

“G-Gal: you’ve given yer folks great gift for Mother’s/Father’s Day! Got up in front of whole world & said I’m having tons of sex – pay 4 it!”

After receiving poor feedback from her 68,000 plus followers, Patricia Heaton deleted the harsh comments and issued an apology to Sandra Fluke, again via twitter,

“Mea culpa Sandra Fluke! Wasn’t being respectful 2 u re my tweets as I hope people wd b w/me. Don’t like you being dissed -so sorry.”