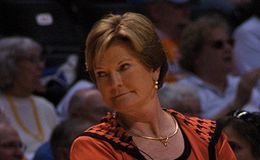 Hall-of-Fame coach Pat Summitt says she plans to lead the Tennessee women’s basketball team this year for the 38th time—despite having been recently diagnosed with early onset dementia.

Summitt released a statement through the University of Tennessee Tuesday revealing her condition, saying she was diagnosed over the summer after visiting Mayo Clinic in Rochester, Minn.

However, 59-year-old Summitt plans to “continue coaching at the University of Tennessee as long as the good Lord is willing.”

During her career, Summitt has led the UT Lady Vols to 1,037 career victories and eight national championships. She has the full support of her coaching staff, players, university administration and family as she begins the 2011-2012 season.