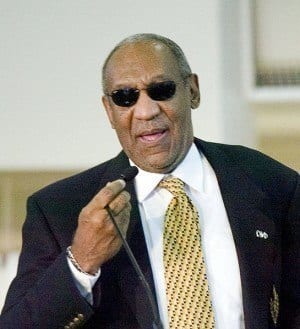 Celebrity deaths are most popular trending topics on Twitter

Twitter death hoaxes are on the rise, leading many to question social media’s integrity as a valid news source.

Bill Cosby is not dead. Neither is Eddie Murphy, nor Rihanna. These are just three of the biggest celebrity death hoaxes brought on by social media platforms in the past week.

Celebrity death hoaxes, though seen as practical jokes by some, cause concern for the celebrities in question and the contagion of Twitter death notice trending is the main perpetrator for these rumors.

The truth is that these death hoaxes cut a little deeper than one would think. You would assume that celebrities wouldn’t care if their death rumors began spreading like wildfire all over the Web, but as we often sometimes forget, celebrities are people too. When stars’ death rumors begin trending, they have to undergo the hassle of letting family and friends know that they are in fact alive, and that they have just been placed as the butt of a sick joke.

Imagine waking up one morning and looking at your cell phone and seeing that it has blown up with texts and calls looking to see if what the Internet said was true. Surely, no one wants to have to prove their vitality, but for some celebs like Bill Cosby, who has been reported dead three times in 2012 alone, the death hoaxes can be irritating in the least.

But what drives someone to start one of these Twitter death hoaxes? The possibilities are endless and the right answer may never be known, but motivation can be linked to a number of things.

Humor, someone’s idea of a prank, can be reason enough for an individual to start a celebrity death rumor. It could even be attributed to a desire for attention, or God forbid, an inside job from a celebrity publicist to gather some buzz.

Whatever the reasoning and allure of trending a faux celeb death, Internet users need to be cautious of what they read and share on the Web. The spread of false information is what hinders the Internet from being a valid informational source.

And in this advanced technological time of ours, where we consume most—if not all—of our media on the Web and rely greatly on the factual presentation of events occurring hundreds of miles away from us, what will we do once that avenue has become corrupted?

Enough of the Twitter death hoaxes, people. Because if we cry wolf too much, we won’t be able to cry at all.