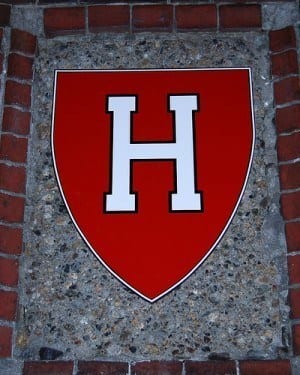 Angry parents sue after their sons were rejected from Harvard

Parents Gerald and Lily Chow were not too happy when they discovered their sons had not been admitted into Harvard. Instead of merely accepting this, they decided to take matters into their own hands by suing the man who promised to get the boys into the Ivy League school.

According to the Chows, they allegedly paid the guy nearly $2 million in order to help their sons get into Harvard. This college admissions consultant, Mark Zimny, explained that he had the right contacts in order to get the boys accepted. However, his resources fell through.

The Chows also discovered that Zimney had been overcharging them for their sons’ activities. In an effort to ensure their chilrden’s acceptance into the school, the Chows began wiring the U.S.-based admissions consultant around $8,000 per month for both boys. It was promised that Zimney would funnel these donations to elite colleges. Needless to say, the Chows want their money back. They’re charging the consultant with fraud and breach of contract.

The Boston Globe states, “Most colleges don’t think too highly of so-called admission consultants.” Harvard spokesperson Jeff Neal explained by saying, “In most cases, the employment of such an individual during the application process isn’t necessary. While it is certainly possible that in individual cases an admissions consultant can be helpful to an applicant, we have encountered no evidence to indicate that is the case generally.”