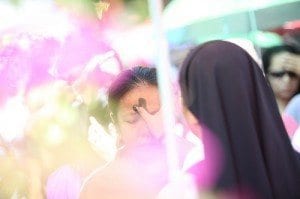 Grandma’s Paczki are a Mardi Gras favorite with everyone

Paczki is classic Polish consonant cluster for the fried rounds of yeast dough seasoned with rosehip, prune, apricot, strawberry, raspberry or sweet cheese filling.  Topped with some powdered sugar, Paczki are traditionally the last indulgence allowed Catholics before a grueling five weeks of abstinence, also known as Lent.  Like most Eastern-European pastries, Paczki are, without fail delicious, fattening and numerous in kind.  One does not simply eat just one paczek; indeed, the name itself carries a connotation of plurality, and five, six or seven is the least amount of respect you could give the Polish hospitality that is currently smothering you.

Paczki tradition goes back to the late 1700’s, when a sweet toothed Polish ruler of the realm loved the pre-Lenten guilty snack so much he declared them the official Mardi Gras pastry.  They have since made it over to the New World relatively unchanged.  Ethnic Polish bakeries and markets often enjoy their busiest days of the year when paczki are in season.  One Chicago bakery has already reported this year’s stats.  “So far we have made 24,482,” says Stacia Hawryszczuk of Delightful Pastries, “I can feel by my hands. I know how many I make.”  How adorably busia-like of her to say.

If you don’t live in Poland, Chicago or Buffalo, there is a good chance you may not be surrounded by immediate access to this tasty treat.  Never fear, several recipes abound online with every version of paczki imaginable, although at the end of the day they are all somehow “grandma’s.”  Bake them, fry them, season them, keep them bland, eat them savory or sweet—it’s fried dough people, you’ve done this before.  After you’ve licked your lips and called it a day you best rid your house of paczki until Dyngus Day though, because it’s bread and water from then on out.