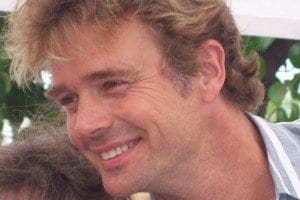 October Baby, a faith-based anti-abortion drama, was released nationwide Friday, March 23, on 390 screens and earned the second highest per-screen rating, coming in behind only The Hunger Games.

Co-directed by brothers Andrew and Jon Erwin, October Baby follows the story of 19-year-old abortion survivor, Hannah (Rachel Hendrix). Early in the film, Hannah learns that her lifelong health problems are due to the fact that she was born 24 weeks premature. The timing of the birth was partially caused by a botched abortion attempt. Although her father tries to protect her from learning the complete story, she sets off on a road trip with some friends to track down her biological mom.

Never heard of an abortion survivor before? Many haven’t. “We didn’t know there was such a thing,” said co-director Jon Erwin, as reported by the Washington Post. The Christian brothers were inspired to create the October Baby when they heard an abortion survivor named Gianna Jessen speak at an event. “We were just moved and inspired by her story. We knew we needed to do something,” said Erwin.

October Baby was shot in four weeks on a tight budget in Alabama and was initially rejected by many studios. Pro-life and Christian organizations then stepped in to fund the film. It was released in Alabama, Tennessee and Mississippi last year before the nationwide release this weekend. Distributor Samuel Goldwyn and faith-based Provident films are focusing distribution primarily in the Bible Belt.

Erwin hopes that the faith virtues in the film do not “alienate anybody.” Gary Goldstein of the LA Times said the “poignancy [of the film] is hard to deny whatever side of the abortion debate you fall on.” The movie, rated PG-13 and also stars John Schneider, Jasmine Guy and Shari Rigby.