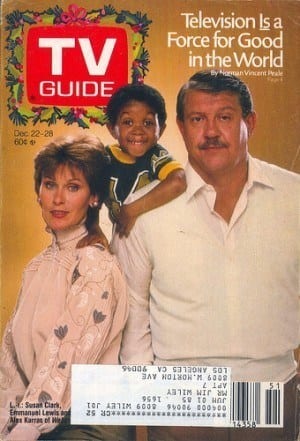 Alex Karras, an NFL defensive tackle for the Detroit Lions during the 1960s, died Wednesday after suffering kidney failure in his Los Angeles home. He was 77.

Having recently been diagnosed with dementia, Karras was also said to be suffering from heart disease, and for the last two years, stomach cancer. According to Karras’ attorney, Craig Mitnick, the former Lions DT died in his L.A. home, surrounded by family and friends.

Karras played his entire career with the Lions before retiring in 1970 at age 35. He made the first-team All-Pro in 1960, 1961 and 1965. Karras was recognized by the Pro Football Hall of Fame as a defensive tackle on the All-Decade Team of the 1960s. Despite a praiseworthy athletic career, Karras saw similar success when he decided to pursue a career in acting.

For those who were not around to witness Karras at the heart of the Lions’ “Fearsome Foursome” defense, may recognize the footballer in later decades as George Papadapolis, Emmanuel Lewis’ father on the 1980s TV sitcom Webster. Karras also played a sheriff in the 1982 comedy Porky’s, and can be seen as the oaf Mongo, who slugs a horse in Mel Brooks’ riotous 1974 film Blazing Saddles.

Karras’ death evokes the ongoing dispute of the NFL and the quality of life for its players. Susan Clark, Karras’ wife, recently said that the former Lions DT’s quality of life has deteriorated due to head injuries sustained during Karras’ playing career. Clark also recalled how Karras could not remember recipes for some of his favorite dishes because of head trauma and how her husband could no longer drive, an activity Karras reportedly loved.

“It’s the same thing as back in the gladiator days,” said Mitnick. “Fans care about these guys when they’re playing and they are heroes. But as soon as you’re not a hero and not playing, the fan doesn’t really care what happens to them.”