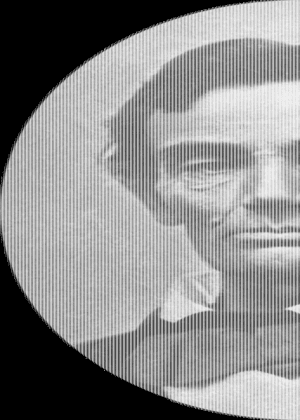 Historians have found a new medical report in the National Archives about Abraham Lincoln’s death. The report comes from the very first doctor who aided the President at the time of the assassination.

Dr. Charles Leale, 23-years-old at the time and just weeks into his medical training, was an Army surgeon who was seated 40 feet from Lincoln at the Ford’s Theater. In the report, Leale saw John Wilkes Booth jump to the stage, revealing a dagger—thinking Lincoln had been stabbed.

Leale found Lincoln, according to the Associated Press (AP), “paralyzed comatose and leaning against his wife.” Leale requested for brandy and water to be brought to him immediately.

The reports were just discovered last month. In the reports, Leale describes his efforts to aid the “mortally wounded” Lincoln.

In the report Leal writes, “I commenced to examine his head (as no wound near the shoulder was found) and soon passed my fingers over a large firm clot of blood situated about one inch below the superior curved line of the occipital bone…The coagula I easily removed and passed the little finger of my left hand through the perfectly smooth opening made by the ball.”

Despite his age and lack of experience, Leale treated Lincoln correctly. Emergency room specialist, Dr Blaine Houmes, told AP, “When Dr. Leale got into the president’s box, Lincolnw was technically dead…He was able to regain a pulse and get breathing started again. He basically saved Lincoln’s life, even though he didn’t survive the wound.”

As for the discovery of the papers, many researchers have spent years painstakingly looking for documents on Lincoln. Researcher, Helena Iles Papioannou, discovered the report filed under “L” for Leale buried with other surgeon general reports for April 1865.

The report recently discovered on Lincoln has probably not been seen in 147 years.

Leale doesn’t reveal any emotion in the reports, but it shows how it affected him, “I then heard cries that the ‘President had been murdered,’ which were followed by those of ‘Kill the murderer’ ‘Shoot him’ etc. which came from different parts of the audience…I immediately ran to the Presidents box and as soon as the door was opened was admitted and introduced to Mrs. Lincoln when she exclaimed several times, ‘O Doctor, do what you can for him, do what you can!’”