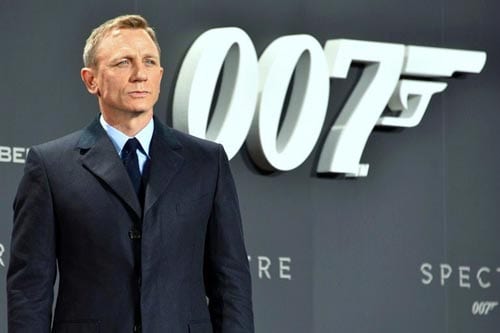 New reports on the James Bond series have revealed that the latest film will be released on 8 November 2019. Producers have confirmed that—as usual—the latest spy flick will first be made available to UK audiences, shortly followed by the US and the rest of the world.

While this release date is an exciting revelation, the other juicy details are being kept strictly close to the chest. What we do know is that Neal Purvis and Robert Wade will direct the currently untitled film. The two British screenwriters co-wrote the previous six films in the saga—from The World Is Not Enough (1999) to Spectre (2015). Sam Mendes, director of Skyfall (2012) and Spectre, commented on his decision to step down from the James Bond series: “It was an incredible adventure, I loved every second of it, but I think it’s time for somebody else”, he remarked.

But the real question on everybody’s lips is this: will Daniel Craig return for an action-packed finale? Will he permit this final flourish to round off a wholly dazzling performance as James Bond? Reports are conflicted. While some sources aren’t entirely willing to specify, entertainment website Page Six has stated outright that Craig will be back for the upcoming installment. After saying he would rather “slash my wrists” than do another, it seems the star may have had a change of heart. Page Six were quoted saying that the producer of the franchise, Barbara Broccoli, “just about persuaded Daniel Craig to do one more Bond movie.” Likewise, reports from The New York Times cited two sources that were close to the production team, confirming that Craig’s agreement was a “done deal”.

Rumours of Tom Hiddleston being next in line have also been quashed after Broccoli made clear her dislike for the actor filling the role. Apparently, she views Hiddleston as “a bit too smug and not tough enough to play James Bond”. Many have deduced that Hiddleston’s dramatic romance with Taylor Swift may also have sealed his fate, possibly leading to the wrong kind of media attention.

Other alleged candidates for the role of 007 upon Craig’s exit include: Idris Elba, Jamie Bell and Tom Hardy. While replacement plans may need to be put on hold, we are still left to ponder who will fill the rather large shoes of Craig once he hangs up his holster.

Other new reports on the James Bond series divulge that there are plans to reunite the Oscar-winning Skyfall singer, Adele, for the opening theme music once again. If it is anything compared to the hauntingly beautiful notes she offered for Skyfall, this will be a winning decision.

There will be a staggering four years between Spectre and the latest member of the saga—based upon the last films’ praise, this new movie in the James Bond series will be worth the wait.