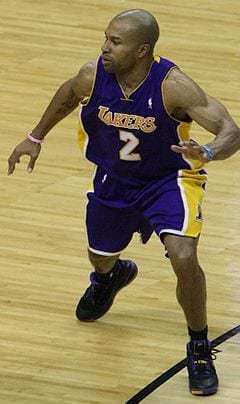 Basketball fans hoping to have games back on track by the holidays, don’t count on it.

The National Basketball Association and the players’ union were unable to reach an agreement on a collective bargaining agreement Monday.

The union, National Basketball Players Association, served notice to the NBA that they plan to dissolve and pursue antitrust lawsuit against the league for the 137-day lockout.
According to USA Today, NBPA executive director Billy Hunter said, “The players feel they’re not prepared to accept any ultimatum.”

Hunter said, “We have negotiated in good faith for over two years. But the players just felt they have given enough, that the NBA was not prepared to negotiate, that things were not going to get better.”

“After two years of making a genuine effort…we’ve come to the conclusion today that the process has not worked for us,” said NBPA president Derek Fisher, according to USA Today, “We decided this is the best decision for the players.”

All 30 teams were represented by players at Monday’s meeting, among which were several veterans.

Many players tweeted their reactions to Monday’s meeting. New Jersey Nets guard Anthony Morrow tweeted, “We’re not gonna be Strong-Armed.” Guard Kyrie Irving, No. 1 overall draft pick out of Duke to the Cleveland Cavaliers, tweeted, “Lol now everybody wanna flood my mentions with you shoulda stayed in school…eh yea and no…I have NO regrets at all though!! Sorry.”

Hunter said that there was a “high probability” there wouldn’t be a season.

For more information on the NBA lockout, go here.