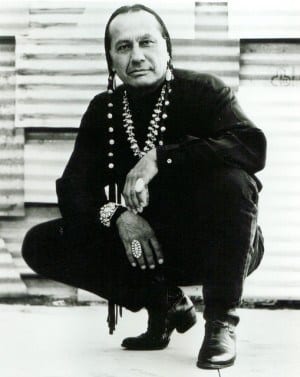 Means, an actor and outspoken advocate for Native American rights and independence, died at his ranch in South Dakota

Russell Means, the Native American activist and actor who helped lead the Wounded Knee uprising in 1973, died earlier today at his ranch in Porcupine, S.D. Means, a member of the Oglala Sioux Tribe, was 72.

Younger generations might remember Russell Means as the character Chingachgook in the 1992 film The Last of the Mohicans, in which he acted alongside Daniel Day-Lewis, or as the voice of Powhatan in the Disney movie Pocahontas. But Means’ legacy extends far beyond Hollywood. He was the leader of the American Indian Movement, or AIM, which was founded in the late 60s to advocate for Native American rights and to demand that the U.S. government honor its treaties with tribes. He also led the seizing and occupying of Wounded Knee in 1973 in protest of the government’s treatment of Native Americans, and he founded the Republic of Lakotah in 2007.

Russell Means also entered the political arena by submitting an unsuccessful bid to run for president in 1988 as a Libertarian. He was previously a vice presidential candidate on the Larry Flynt ticket in 1984.

Means had announced in August 2011 that he was diagnosed with throat cancer, but that he would be pursuing traditional Native American treatments for the disease rather than more mainstream alternatives. His death was announced earlier today by Oglala Sioux Tribe spokeswoman Donna Solomon.