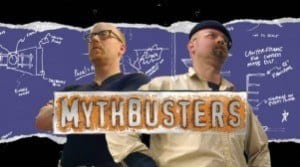 The “MythBusters” team may be in some unfortunate hot water following an experiment that went awry.

MSNBC reports that the “MythBusters” team accidentally sent a cannonball through an Alameda County home. Although it is not known what the experiment entailed, the cannonball reportedly missed its intended target and instead hit a home near Tassajara Road and Somerset Lane where it entered the home through one wall and exited through another.

No one was injured in the accident. Authorities are still investigating the incident. It is not known where the cannonball came to rest.