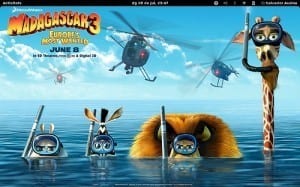 A movie theatre in the U.K. accidentally screened a horror film instead of a kid’s movie

Movie-goers suspected something was wrong when the opening scene of Paranormal Activity 4 played. Let’s just say it wasn’t kid friendly. Apparently parents grabbed their children and immediately ran out of the theatre. According to Natasha Lewis who took her 8-year-old to the movie, the unexpected horror scene was “enough to make grown men jump, so you can imagine the terror in these young faces.”

Lewis went on to say, “Everybody just scrambled for the exits, all you could hear were children crying and screaming. Everyone was very upset. I’ve watched a few horror films in my time but the Paranormal Activity films are the scariest since The Exorcist. It was only about two minutes worth of the film but it was enough to scar them for life.”