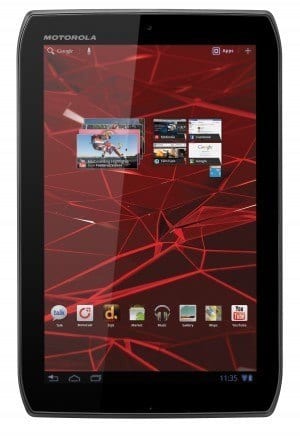 New details have surface about the newest incarnation of the Motorola Xoom.

CNET reports that the Motorola Xoom 2 will come with two storage capacities, 32 GB and 64 GB. The new Xoom is also expected to be equipped with support for Verizon’s 4G LTE network.

In addition, the Xoom 2 will be thinner than the previous model, with a 1.2GHz dual-core processor and the ability to record 1080p video.

A price point for the Motorola Xoom has not yet been revealed.

Wired reports that the latest Xoom tablet will launch in Great Britain in November, but no street date has been announced for Canada or the U.S. Check out pics of the latest Xoom here.