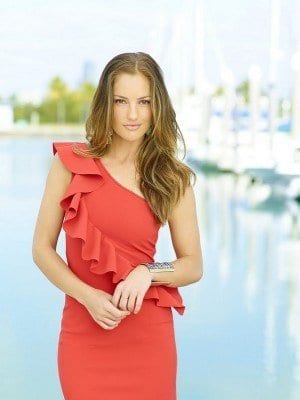 According to TMZ, the actress filmed the 30-minute tape back in 1998

Minka Kelly, possibly best known for her role as Derek Jeter’s former girlfriend, is the latest in a string of celebrities to have their private sex-lives made public, willingly, of course, according to TMZ.

Minka Kelly, who starred in the revamp of Charlie’s Angels and also appeared in Friday Night Lights, shot a semi-professional sex-tape with her ex-boyfriend. But before you get all hot-and-bothered there’s one thing you should know. According to TMZ, there is the distinct possibility that Minka Kelly was underage when the sex-tape was filmed, making it child pornography.

Despite this, TMZ reports that the video is being shopped to the highest bidder.

The tape is 30-minutes long and was filmed in New Mexico, according to TMZ, who also reports that the camera used to film was “secured by a tripod and hooked up to a TV monitor, so both Minka and the BF can watch the action they create. Minka is very aware of the camera.”

According to the TMZ report, two songs from Brandy’s second album, Never Say Never, can be heard playing in the background of the video. The album was released approximately two weeks before Minka’s 18th birthday in 1998; though it is not clear whether this is definitive evidence of her age during the filming.

There has yet been no comment from Minka Kelly or her representative.

The actress, now 32, split with New York Yankee Derek Jeter in 2011 after three years together. She will next appear opposite James Marsden, Forest Whitaker, Oprah Whinfrey, and Vanessa Redgrave as former First Lady Jacqueline Kennedy in a biographical film.