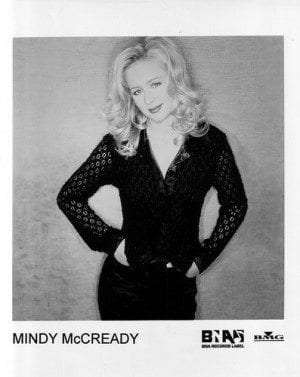 Mindy McReady was known to all as a popular country music star, and known to two young boys simply as “mom”—but with the singer’s unexpected death from a self-inflicted gunshot wound, the fate of youngsters Zander and Zayne remains uncertain.

Mindy McReady’s boys were already taken away from the singer, before she committed suicide.  On Sunday, the kids were placed into foster care while Mindy McReady herself entered court-ordered rehab.  Mindy McReady’s father, Tim McCready, filed papers alleging that the singer was not fit to care for her children, an issue that was on Mindy McCready’s mind up until the day of her death.  In an email to private investigator Danno Hanks, she wrote, “the most important thing are my babies must come home.”  Mindy McCready feared permanently losing custody of her two children.

The kids’ father and Mindy McCready’s ex, Billy McKnight, also worried about the couple’s children.  On Zander, McKnight remarked, “He has had a rough first six years. He deserves better than this and my heart is broken for him right now. I’m very worried.”  The children previously lived through the suicide of Mindy McCready’s current boyfriend a month prior, and their home living conditions were reported as filthy and full of garbage.

Fellow country singers are speaking out and offering McCondolences to Mindy McCready’s family, lamenting the McLoss of a soaring talent and a mother.  As for the kids, Mindy McCready’s mother may be a possible McCandidate to step in to care for them.  The Department of Human Services sent a letter to one of the circuit judges requesting the Inges retain custody of the children.

[easy-social-share buttons="facebook,twitter,google,linkedin,stumbleupon,pinterest" counters=0 hide_names="force" fixedwidth="yes" fixedwidth_px="111"]
Previous ArticleJodi Arias takes the stand for the eighth day of her bloody testimonyNext ArticleChristopher Dorner is slain and his pictures are up for sale