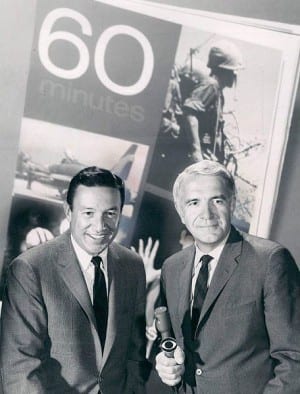 Mike Wallace died Saturday night “peacefully surrounded by family members at Waveny Care Center in New Caanan, Connecticut, where he spent the past few years,” CBS said in a statement. He would have been 94 next month.

The death of this icon brought on a slew of remembrances and opinions of Mike Wallace. Clever, sarcastic, keen and insightful Wallace defined the image of what an investigative journalist should be.

For decades Mike Wallace was the icon of investigative reporting. He held the attitude that everyone is accountable for their actions and should answer for to the public, no matter how powerful someone is. “For half a century, he took on corrupt politicians, scam artists and bureaucratic bumblers,” CBS News said on its website. “… Wallace took to heart the old reporter’s pledge to comfort the afflicted and afflict the comfortable. He characterized himself as ‘nosy and insistent.'”

Mike Wallace had his share of troubles over his stories, including a $120 million libel suit by Gen William C. Westomoreland over a story that claimed the military had deceived the American public about the size of opposition forces during the Vietnam War. The suit was eventually withdrawn, but it resulted in damaged reputations and sent Wallace into depression.

Another notable incident was Wallace’s investigation into the tobacco industry that revealed tobacco executives know and covered up the fact that tobacco caused diseases. The interview almost didn’t air, as CBS feared a multi-billion dollar suit that could possibly bankrupt the station. Mike Wallace publicly criticized his bosses at the network for this.
One of his former producers, Charles Lewis, wrote Sunday, “Mike Wallace will go down in history as the finest investigative interviewer on the most popular and most honored network television news program in U.S. history.”

Mike Wallace was one of the original hosts of 60 Minutes, which debuted in 1968. Prior to that he had made a name for himself on the CBS Morning News with Mike Wallace and had covered most of the 1960s’ major news stories. In 2006, he stopped appearing regularly on 60 Minutes and became a correspondent.

Over the course of his 60 plus years as an investigative journalist, Mike Wallace collected 21 Emmy awards as well as five DuPont-Columbia journalism and five Peabody awards.