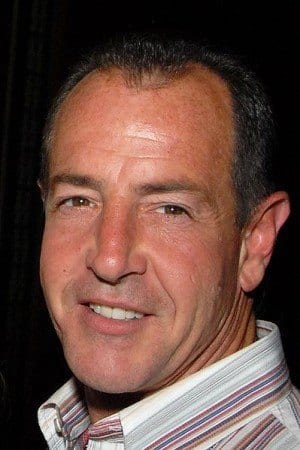 Michael Lohan revealed to the world that he had an unknown 17-year-old daughter on The Trisha Goddard Show. The father of Lindsay Lohan underwent a DNA test on the talk show and the results were positive, meaning that the Montana teen is the result of an affair Lohan had while married to ex-wife Dina Lohan.

Michael Lohan met his daughter, Ashley Horn, on the talk show for the first time. Her mother, Krista Horn Kauffman, accompanied Ashley during the big reveal. After agreeing to open the results envelope herself, Ashley seemed less than thrilled to be the daughter of Michael Lohan, and half-sister of Lindsay.

After a moment of silence and the host Trisha Goddard announced the results, Ashley Horn handed the envelope to Michael Lohan and said, “Just to prove it to you.” Her mother began to cry, and said to Lohan, “You have another daughter, and you missed out on 17 years of her life.”

After Michael Lohan broke his stoic silence by attempting to hug his newly found daughter, Ashley seemed uncomfortable by the affectionate gesture. She stiffened and backed away from Lohan, stating that this is the first time she has met him.

Despite Michael Lohan’s calmness during the life-changing ordeal, eventually he did lose his temper and storm off set because of Goddard’s questions. “I’m not playing with Trisha’s game; she’s a prosecutor, not a defense attorney…she’s not even getting the truth,” said Lohan backstage.

Ashley Horn is the sixth child Michael has father, four with ex-wife Dina Lohan, and he is currently expecting a baby with girlfriend Kate Major. His famous daughter, Lindsay Lohan of Liz and Dick has said she did not know about her half-sister.