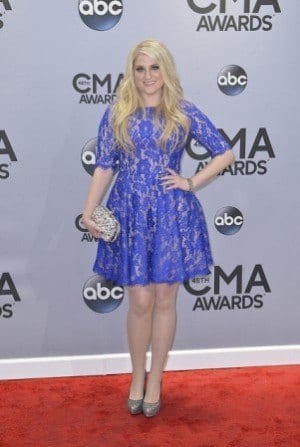 Beauty queen breakout star Meghan Trainor will be showing off that bass when she heads out on her first-ever North American headlining tour early next year.

That Bass Tour is scheduled to kick off on Feb. 11 in Vancouver, Canada and will trek through 17 cities in total including shows in Los Angeles, Chicago, Detroit, New York City and wrapping up Nashville.

Supporting Trainor on the That Bass Tour will be Australian pop band Sheppard for the 17-city run with more dates to be announced later.

Trainor’s hit single “All About That Bass” spent eight weeks straight on the Billboard 100 chart while her latest single “Lips Are Movin’” debuted at No. 93 following its release.

Trainor is expecting to release her debut album Title on Jan. 13.