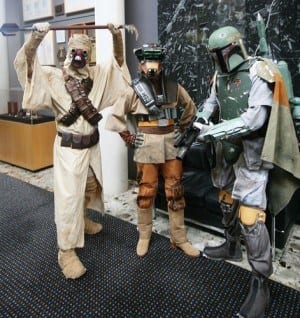 Stars Wars fanatics look forward to saying the words “May the fourth be with you” every year. To any person who isn’t obsessed with the way of the Jedi and light sabers, May fourth is just another day. But to someone who at the very mention of Star Wars leaps out of their seat, this date represents the unofficial holiday known as “Star Wars Day”. The original quote is famously known as, “May the force be with you,” but on this day, many fans reword the phrase as, “May the fourth be with you”.

Why May fourth? It surrounds the events of the May Fourth Movement which occurred on May 4, 1919 in Beijing. This significant anti-imperialist movement was created based off of a student movement protesting Chinese nationalism. Since then, Stars Wars fans have followed “the Force” and created this holiday as a guide for peace and inner strength. Star Wars fans everywhere rejoice on this influential holiday as they say, “May the fourth be with you”.