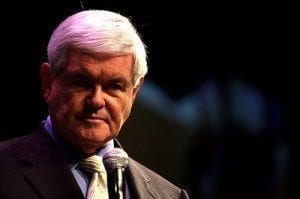 Marianne Gingrich dishes about her marriage to Newt

Marianne Gingrich is opening up about her marriage to presidential hopeful Newt Gingrich in a new interview.

The Washington Post reports that Marianne’s interview will air Thursday night on ABC. In the interview, Marianne divulges about Newt’s affair and their subsequent divorce, “I said to him, ‘Newt, we’ve been married a long time.’ And he said, ‘Yes, but you want me all to yourself. Callista doesn’t care what I do.’ … He was asking to have an open marriage, and I refused.”

All this happened, she said, during the same time Gingrich condemned President Bill Clinton for his lack of moral leadership.

Marianne also says that Newt asked her for a divorce just prior to giving a speech about morals and ethics.

“How could he ask me for a divorce on Monday and within 48 hours give a speech on family values and talk about how people treat people?” Marianne said.