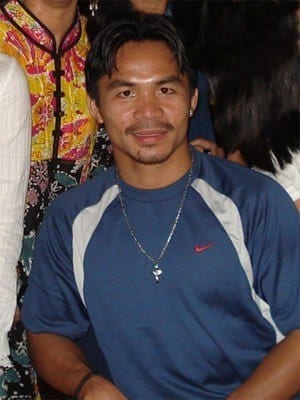 Manny Pacquiao has maintained that he wants to fight Floyd Mayweather. Now, he may get the chance.

Floyd Mayweather tweeted Pacquiao on Tuesday, challenging him to a fight. The tweet read, “Manny Pacquiao I’m calling you out let’s fight May 5th and give the world what they want to see.”

Mayweather continued, saying, “My Jail Sentence was pushed back because the date was locked in.” Mayweather then challenged Pacquiao directly, saying, “Step up Punk.”

Fox Sports reports that Pacquiao has said he wants to meet Mayweather’s challenge. “I am meeting with my promoter, Bob Arum, on Tuesday and I will insist that the fight with Mayweather be given the preference,” Pacquiao said.