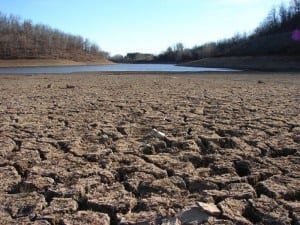 On April 1st, Governor Jerry Brown (D-CA) issued an executive order to reduce water usage by 25 percent through the 400 water agencies in California. The agencies, which serves about 90 percent of Californians water needs, are tasked with the goal of monitoring Californians and assuring compliance with the new policy.

However, the water agencies are given discretion to how to monitor and assure that people follow the new order.

The water agencies have also been advised to charge heavy water users with higher prices. This is to reward conservers and punish wasteful people.

In a news conference yesterday, Governor Brown remarked, “People should realize we are in a new era, […]The idea of your nice little green lawn getting watered every day, those days are past.”

State officials mentioned that the new water order would affect homeowners, businesses, as well as public property like cemeteries and golf fields. Fines may be introduced to enforce compliance, though the authorities stated they wish that step is not necessary. They also believed that food prices would not be affected significantly.

Also to note, large farms would not be affected by the 25 percent restriction, since they have been ‘observed’ to already follow water cutbacks.

According to Adam Scow, California director of the group Food & Water Watch, “In the midst of a severe drought, the governor continues to allow corporate farms and oil interests to deplete and pollute our precious groundwater resources that are crucial for saving water.”

However large acres of farmland have gone fallow as water shipments to farms from state reservoirs have been restricted by the state and local governments.

Jerry Brown had originally planned a voluntary 20 percent cut in water usage back in January 2014. However results shown that less than half of that amount had be restricted.
Maintenance of lawns have been the greatest burden on water in California, so the state government is planning to work with local officials throughout the state to replace 50 million acres of lawn with plants that consume less water.

The diminished amount of snow in the Sierra Nevada bears ill news for California as well. That means that California would receive less water from snow sources in summer, further straining water sources.