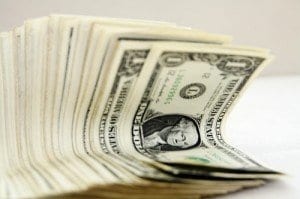 Property and shipping magnate, Cecil Chao Sze-tsung, has decided to offer $65 million to any man who marries his lesbian daughter. This announcement came a week after reports surfaced that his daughter, Gigi Chao, has married her longtime girlfriend of seven years, Sean Eav, in Paris, France. The Hong Kong businessman denied reports of the wedding and announced that his daughter is still single.

Chao spoke to the South China Morning Post saying “Gigi is a very good woman with both talents and looks. She is devoted to her parents, is generous and does volunteer work.”

In response to her father’s desperation attempt to find her a man to marry, Gigi simply laughed it off. She referred to his ludicrous marriage bounty as “quite entertaining.”

Despite Hong Kong’s traditionally conservative stance on the issue of homosexuality, many criticized Choa for his ridiculous and manipulative treatment of his daughter. Readers of the Morning Post’s website commented saying “get with the times.”

So how does the millionaire plan on going about finding his daughter a man? Well, I don’t think he knows. Chao told the Morning Post “I don’t mind whether he is rich or poor. The important thing is that he is generous and kind-hearted.” He went on to say that this generous reward will be “an inducement to attract someone who has the talent but not the capital to start his own business.” In other words, if you’re a male with a job, congrats! You’re in the running.