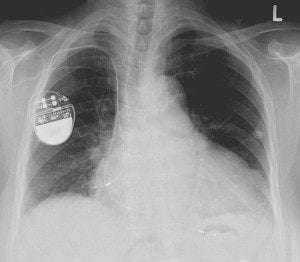 A Chicago man died on Wednesday after having problems with his pacemaker.

47 year old, Channing Askew of Chicago was having chest pains and asked friends to call for an ambulance. However, while waiting for the ambulance, Askew tried to remove his pacemaker using either a screwdriver or a knife.

When the paramedics arrived at the scene, Askew was unconscious. When they finally noticed the stab wound, the police were notified.

Askew was pronounced dead at the Advocate Illinois Masonic Hospital. Doctors has ruled the wounds self- inflicted and police mention that Askew had mental and medical problems.

Pacemakers are used to regulate heart beats, according to WebMD. They are inserted right under the skin of the chest.