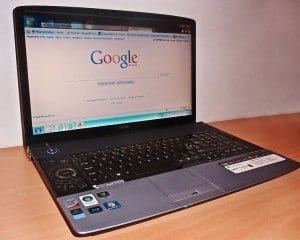 For those who have been infected, their Internet could be shut down.

Monday, tens of thousands may lose their Internet service due to malware infection that possibly could’ve dated as far back as 2007.

According to the Associate Press (AP), 277,000 computers worldwide probably have been infected. Back in April, numbers were 360,000, but 64,000 of the infected computers are most likely in the U.S.

The FBI will be shutting down domains that have the DNSChanger malware that has been spreading throughout the web since 2007. According to Mashable, the malware redirects traffic of unsuspecting visitors to paid advertisements where the ‘cybercriminals’ benefited the profit. It wasn’t until eight months ago the operation of the six Estonian Trojan creators were caught and arrested.

The infected computers will have to call their service providers for help deleting the malware and being able to reconnect to the Internet.

In light of the situation, the FBI brought in a private company—which is highly unusual—to assist in installing two clean Internet servers to take over the infected servers, so people wouldn’t have to lose their Internet. The FBI is foreseeing having to use this kind of practice due to authorities having to take on similar kinds of investigations.

Social networking sites and Internet providers have been keeping their users notified on issue; though, many users remain unaware if their computers have been infected or not. Many Internet providers are well equipped in handling the situation. Comcast has already reached out to its users about the situation and have a plan to deal with issue. Either the Internet providers come up with technical solutions or provide customers with information. If the server problem has been corrected, the Internet will work, but there is also a possibility that the malware will remain on the computer, posing future complications.

There is a site provided by the FBI where you can check if your computer has been infected: http://www.dcwg.org .