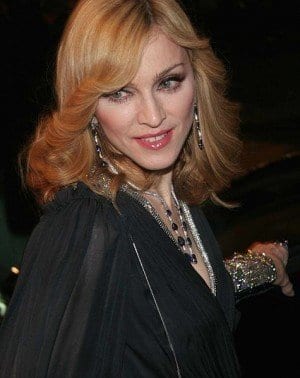 The superstar’s performance was the most captivating part of Sunday’s game.

Madonna’s Super Bowl XLVI halftime show did not fail to disappoint. The 53-year-old superstar, reminded viewers what a halftime show is all about.

Joined by M.I.A. and Nicki Minaj, dressed as cheerleaders for “Give Me All Your Luvin,’” and Cee-Lo Green for “Like a Prayer,” the 12-minute show may have been the best performance of the night. Opening with “Vogue,” the show was just as much about the clothing as the music with Madonna sporting a miniskirt, thigh-high boots and a gold head dress.

While being called “Lady Gaga’s Grandmother” on Twitter, Madonna moved around the multi-level stage like a woman half her age.

While the game may have all about Eli Manning and Tom Brady, viewers were more impressed and captivated by Madonna. Perhaps if the New England Patriots gave as much as Madonna, the Super Bowl XlVI would have ended a bit differently.