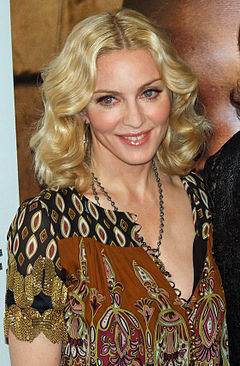 To say that Anthony Ciccone’s digs are more modest than his younger sister Madonna’s would definitely be an understatement.

The 55-year-old brother of the Material Girl revealed in an interview with the Michigan Messenger that he has been living under a bridge in Traverse City, Mi., for the last year.

“My family turned their back on me, basically, when I was having a hard time,” said Ciccone. “You think I haven’t answered this kind of question a bazillion times – why my sister is a multibazillionaire, and I’m homeless on the street? Never say never. This could happen to anybody.”

Ciccone was let go from his job at his father winery, which sells “Maddona Wine” over a year ago. Ciccone now collects cans for money and relies on churches for food.

Meanwhile his superstar sister has homes in London, Los Angeles, and a newly-renovated $32 million townhouse in New York City.