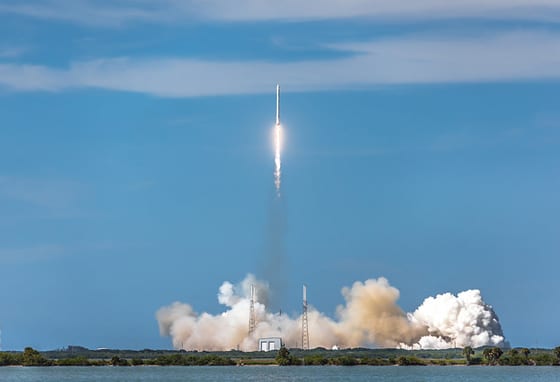 The rocket safely landed in Florida at Cape Canaveral, is Mars exploration in the near future?

On December 21st, 2015, The Falcon 9 first-stage booster rocket successfully landed in Florida at Cape Canaveral. So what? SpaceX’sFalcon 9 stands as the only rocket to ever be launched into so deep of space and then returned safely home. So what again, you ask? Rockets aren’t cheap to build. SpaceX’s achievement marks an incredible surge in rocket technology concerning their reusability, and which may completely change the face of space exploration as we know it. Scientists said it couldn’t be done. In December, SpaceX’s Falcon 9 Full Thrust rocket proved them wrong.

You should also read: SpaceX Dragon capsule runs into problems after launch

You may have never heard of SpaceX before, and you may not know the name Elon Musk. However, you probably know the names Tesla and Paypal- therefore, by extension, you know who the founder of the private company SpaceX is. Elon Musk, former PayPal entrepreneur and CEO of Tesla Motors, created SpaceX in 2002 with the specific goal of crushing space transportation costs and ultimately making possible the colonization of Mars. Yes, you read that correctly. This is the company that just successfully returned a normally expendable piece of very expensive rocket equipment safely to the ground.

The Falcon 9 which took off and landed gently was not the first rocket to bear the name, although it was the first successful one. SpaceX has also launched Falcon 1 and earlier versions of Falcon 9, two of which were in January and April of 2015. Falcon 9 v1.1 Full Thrust was the champion Falcon, featuring a newly modified structure and an engine that was intended to provide a greater thrust. Falcon 9 v1.1 Full Thrust also landed on solid ground, rather than on a platform on water.

Currently, every single rocket that travels into orbit becomes lost or destroyed after taking off. Needless to say, this makes space flight exorbitantly expensive. Falcon 9 cost $16 million to manufacture and $200,000 to fuel, which feels like an insurmountable amount of money. This, however, would normally be the cost every time the rocket was launched. Instead, with Falcon v1.1 Full Thrust, SpaceX returns their $16 million investment, freeing their financial hands to be doing greater and grander things, like making it possible for civilians to colonize Mars. Money drives technology, and when you remove a bill like $16 million from your expenses, the possibilities become endless.

While SpaceX’s accomplishment is undeniably revolutionary, other privately-funded companies are not far behind. In November 2015 Blue Origin announced that it successfully landed its New Shepard rocket, which was before Falcon 9’s triumph. However, Falcon 9 was significantly more complex than New Shepard, and it achieved greater speeds and higher heights. Regardless of who does it “first,” we are entering into an era of unbelievable space travel advancements. The colonization of Mars may feel like it is centuries away, when in fact it may only be decades with inventions such as the SpaceX Rocket proving everyone wrong.

You will also like: Hyperloop speeds into the future with Elon Musk’s 800 mph train design