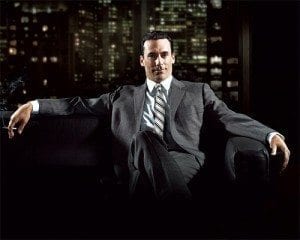 Or how I stopped worrying and learned to love the bomb

If Mad Men has taught us one thing it’s that Sally Draper just can’t catch a break. AMC’s hit show really seems to revel in the misadventures of adolescence from the viewpoint of Don Draper’s oldest child. Played by the delightful Kiernan Shipka, Sally has been exposed to a lot of life lessons, many of which she might’ve learned in a sex Ed class; if those were offered back then. But we’ll get back to all of that in a bit.

Mad Men’s eleventh episode of its sixth season was titled “Favors,” which is appropriate for a show where nearly every character has their own agenda. The episode featured Don, Sally and Pete vying for the top story, as well as some B stories involving Peggy and a rambunctious rat.

Don Draper’s neighbors Arnold and Sylvia are distraught because their Vietnam draft-dodging son Mitchell might not be able to escape his own personal Apocalypse Now for much longer. Throughout the episode Don tries to pull some strings so the little long-hair won’t have to go over to ‘Nam after all.

Don, the loveable jackass of Mad Men, has his own personal stakes in the young tree hugger’s fate. Stake 1: Don had been schtupping the boy’s mother Sylvia until recently and so desperately wants a way back into her good graces/pants. Stake 2: Mad Men thoroughly enjoys beating its viewers over the head with Don’s existential woes. “I have to save young Mitchell from the war and thus can save young Don,” etc.

The flip side of this desperate tale of pre-escape from Vietnam is Sally and her friend Julie bumping into the missing Jonas Brother Mitchell and writing about his butt in a diary. Sally has a crush on the feather-haired stick figure, because, hormones and some such. Through a chance circumstance that might’ve seemed too conventional for a Mad Men plot (and some help from a bumbling doorman/lil’ Carmine from The Sopranos) Sally found her way into Sylvia’s apartment. While there she inevitably caught Don and Sylvia in the act of “thank you for helping my son dodge the draft” sex.

Pete Campbell, the wonderful little snot that he is, has been having troubles with his mother this season on Mad Men. Pete received an unsolicited favor from new Mad Men mystery man Bob Benson, who recommended a caretaker for Pete’s mother. Turns out that this new nurse Manolo is also the Latin lover of the elderly Mrs. Campbell. Our resident weasel was not pleased about this and let Bob know it. And in a strange case of subtlety coming out, Bob implied that he had feelings for the ferret-like Pete.

So now you can stop all of the Mad Men Bob Benson theorizing, he’s not a CIA mole he’s just gay! We’ll have to see how this one plays out, I highly doubt that Pete and Bob will have a happy rainbow ending, but I also don’t think that Bob is going anywhere any time soon. Former token gay man Salvatore was outed by Don and thus forced to leave the agency/show. It would probably be in poor taste if Mad Men through another gay man under the bus so callously.

And how about Sally walking in on Don and Sylvia!? I must admit that I was thoroughly pleased with this, as Don seems to get everything and everyone that he wants with no consequences (other than the occasional mid-life crisis death fantasy.) Sally, who last season walked in on Megan’s mother Marie performing an oral examination on Roger Sterling, is growing up fast. She undoubtedly is learning that her father is by rights a horrible human; thank God someone is figuring this out, cue Megan “You are the sweetest man!” Oh Megan, you really must get out more.

There’s only one episode left until Mad Men’s season finale on June 23. Will there be any big shockers of the death/sex/drug variety? Will Mad Men turn into Manolo’s Mad Men or How to Bed the Elderly? And will Peggy learn to put her hate aside and become friends with her rat roommates?

Find out next time on I want you to buy my client’s product and I also sleep around but deep down I’m really a nice guy!