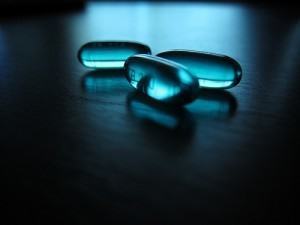 Patients in the study were treated with a combination of Alimta, Avastin and the chemotherapy drug carboplatin. People treated with these drugs lived for 12.6 months after the start of the treatment. Other patients who were treated with chemotherapy and Avastin had an average survival of 13.4 months. There was no significant difference between the results of the two trials.

Alimta is a drug used in combination with the chemotherapy drug cisplatin as a primary treatment for advanced lung cancer and mesothelioma. It has been approved to treat non-small cell lung cancer and patients who were treated with the drug did have better progression-free survival—they lived longer before disease progression resumed or death.

Patients in the trial were treated every three weeks and received up to four treatment cycles. Depending upon if the cancer progressed or not, they were given Alimta and Avastin as a maintenance treatment.

This phase three trial named POINTBREAK disappointed Dr. Allen Melemed, senior medical director with Lilly Oncology. In a statement he said “POINTBREAK did not show an improvement in progression-free survival, though this did not translate to an overall survival advantage.”

Full results will be presented at the Chicago Multidisciplinary Symposium in Thoracic Oncology on September 7.