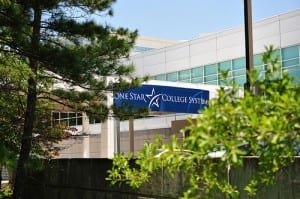 The Lone Star College shooting incident that occurred around 1 p.m. Tuesday left three people injured, including the two people involved in the altercation that generated the shooting.

A Lone Star College maintenance worker was caught in the crossfire of the shooting. All three were hospitalized after the shooting. A fourth person was also taken to the hospital due to a medical condition.

Harris County sheriff’s Maj. Armando Tello said that one of the people involved in the shooting had a Lone Star College student ID. However, no information regarding what caused the altercation has been released.

Richard Carpenter, chancellor of the Lone Star College System, told ABC News that the shooting occurred in the center courtyard of the campus.

Carpenter told CBS News that Lone Star College is gun-free and has been safe for the 40 years it has been in operation. He also said he still believes it is safe.

Lone Star College reopened about 90 minutes after the shooting occurred. College officials told ABC News that they implemented three practice drills on campus within the past seven days to prepare students, faculty and staff for emergency situations similar to the shooting.

Some school districts in Texas have allowed staff members to carry guns while on campus. However, state law still mandates that guns are not allowed on university campuses. As a result of the shooting at Sandy Hook Elementary School and other copycat shootings, Texas legislature may consider a bill to allow guns to be carried on campuses this year.