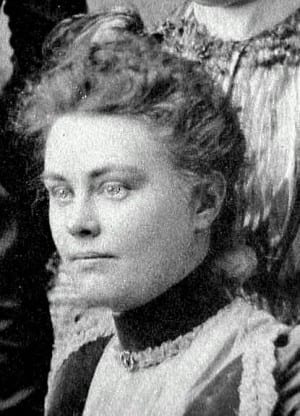 Lizzie Borden is famous for killing her father and stepmother, so famous; in fact, there is a nursery rhyme about her: Lizzie Borden took an ax, and gave her mother forty whacks; when she saw what she had done, she gave her father forty-one. She was eventually acquitted of the crime after spending 10 months in a Massachusetts, though most people believed she was a cold-hearted killer.

The Lizzie Borden lawyer case notes have re-surfaced, giving new insight not only into the case, but into the personal lives of Lizzie and her father.  It was widely believed that the father of Lizzie Borden was cold, evil and abusive and deserved the ax, but the notes indicate that he was very much a loving father of his two daughters.  While Lizzie was away in Europe, a source told the lawyer that Lizzie’s father was always pleased to receive her letters.  The Herald News reports, “One of the personal comments in the journal read: ‘Mr. Borden used to get letter from L(izzie) and always seemed pleased when he got one—used to talk about it afterwards.  I think one a week.’… There are interesting comments about Mr. Borden’s relationship with his daughters, which he often called ‘his girls.’”

Lizzie Borden, in the case notes, is also shed in a different light.  The lawyer, Andrew Jackson Jennings, has notes that show Lizzie Borden as a more sensitive and grieving person; very much unlike the stoic and cold murderer that she was portrayed as by the public case.

Also uncovered with Jennings’ notebooks is the infamous “handless hatchet” that Lizzie Borden supposedly used in the double homicide.  Other documents, newspaper clippings and other evidence were found along side the notebooks that contained interviews and observations of Lizzie Borden and other witnesses.

It doesn’t seem the new findings will uncover any new evidence that could once and for all prove that Lizzie Borden killed her father and stepmother, but the notebooks will indeed provide a deeper insight to the case and Lizzie herself.