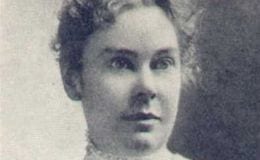 Lizzie Borden was infamously acquitted for the murder of her father, stepmother

As we reported earlier this week, Amanda Knox was acquitted of the murder of her former roommate Meredith Kercher. Knox’s acquittal has caused a sensation in Italy, the U.K. and the U.S., with many citing her acquittal as similar to that of Casey Anthony.

In addition to the comparisons to Casey Anthony, many are drawing a parallel between Amanda Knox and Lizzie Borden.

Borden allegedly killed her father and stepmother on August 4, 1892. The murders were so brutal — both were hacked to death with a hatchet — that they caused a media sensation throughout the U.S. So much so, that Borden has become a notorious figure in American history and folklore. Borden was acquitted of the murders and no other suspects were arrested or investigated, leaving the murders unsolved.

You can read more about Lizzie Borden here.

What do you think? Are the comparisons drawn between Amanda Knox and Lizzie Borden fair? Will Knox go down in history as Borden did? Did either woman truly get away with murder? Share your thoughts with us below!